Munda Biddi: Adventures as a family

At over 1000km, the Munda Biddi Trail (Noongar for ‘path through the forest’) has been a significant source of weekend or more extended off-road rides over the last few years.  It stretches from Mundaring in the hills inland from us down a mostly undeveloped bush corridor to Albany on Western Australia’s southern coast.  Over those years we’ve ridden the majority of the trail and stayed in or visited all but one of the twelve purpose-built huts that serve as accommodation, but most importantly as places to pick up rainwater. 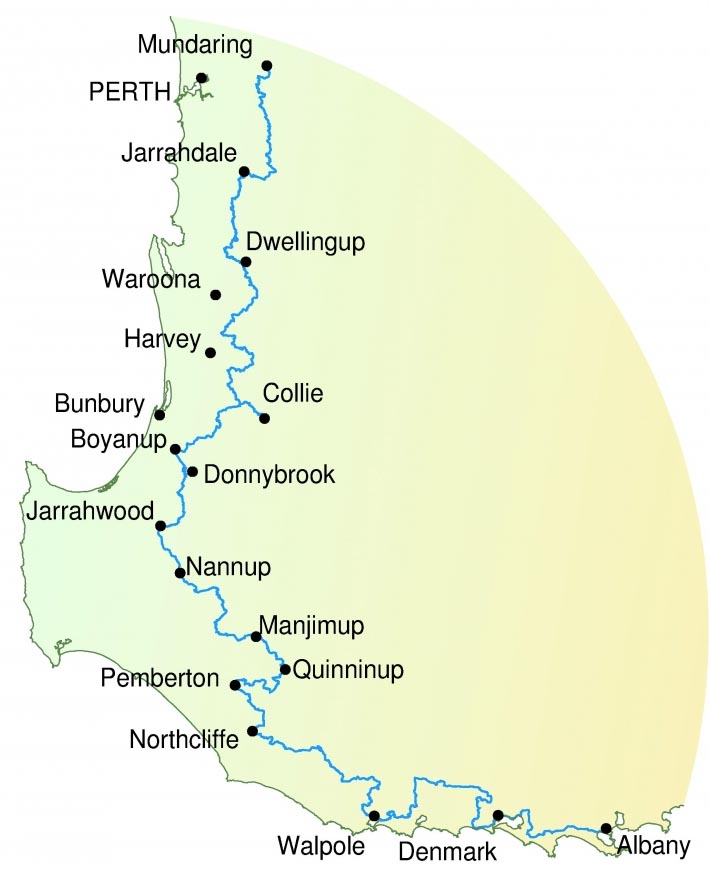 What was the point of using most of the year’s holiday on a route we already knew?  Weekends and even the five day ones I’m gifted every now and then don’t really allow sufficient immersion to take us back to the living and travelling day-by-day on our bicycles that we wish we could never return from.  The Munda Biddi is just about long enough to allow access to this, and now we would be doing it with a 2 and half year old – not just us and our ingrained patterns of trail-living.  Having Bryn with us is what would make riding the route an adventure – something where the conclusion wasn’t foregone, and that would push us to learn a new, more flexible bicycle-travel modus operandi.

Life’s fluxes and storms diverted our attention from much in the way of planning, though we did manage to spend a weekend trying out the set-up we thought would work, having reluctantly agreed that our son really was growing up, so relegating previous iterations to history.

As it was, we couldn’t start when we planned; so in an uncharacteristic recognition of our finite energies, we agreed that starting from our front door by bicycle wasn’t going to happen.  Instead we did a few sums and settled on Dwellingup (180km south of the northern terminus – Mundaring) instead.

In contrast to our many prior cycle-journeys, this route doesn’t have phases distinguished by vistas, marked changes in scenery  or topography.  Progress is marked by much more subtle distinctions – surface, flora and ongoing passage of time. 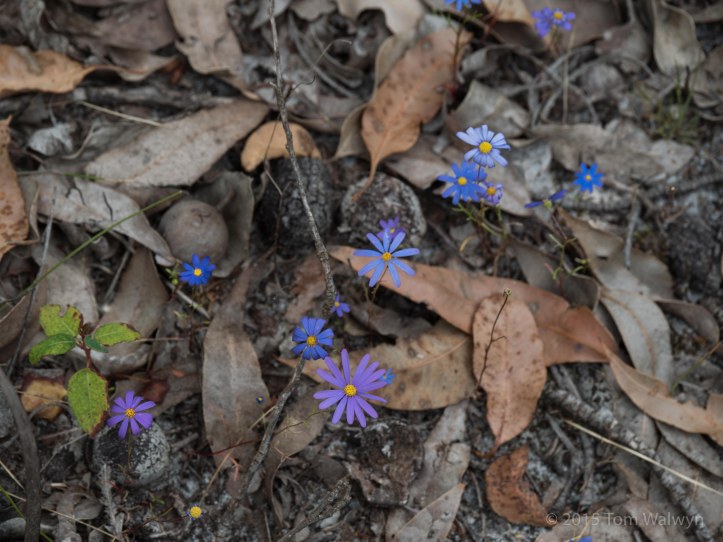 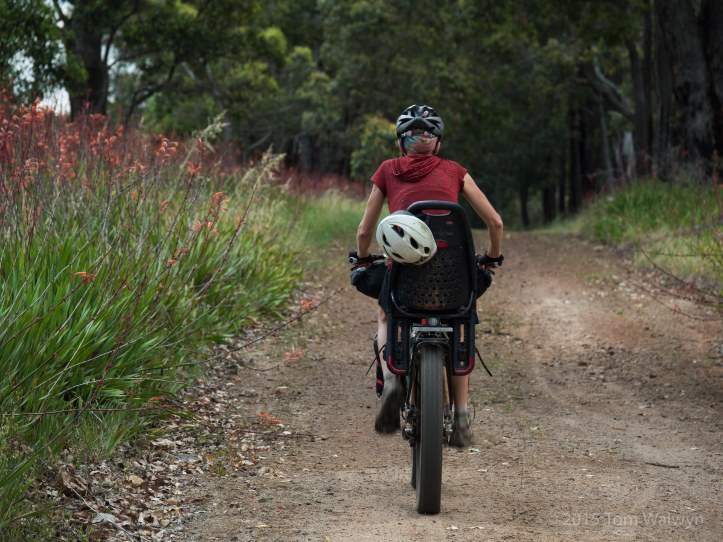 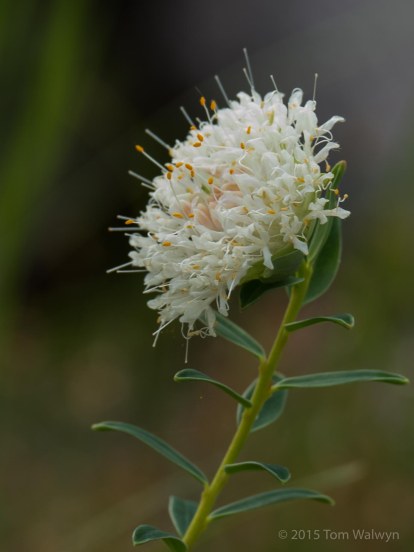 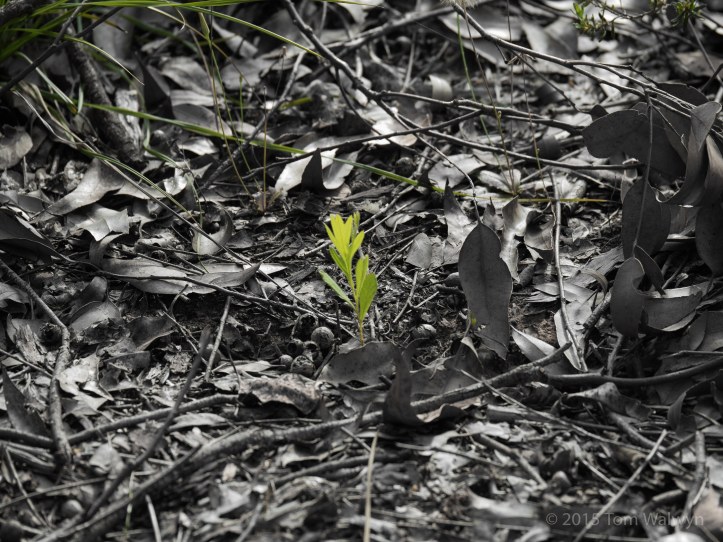 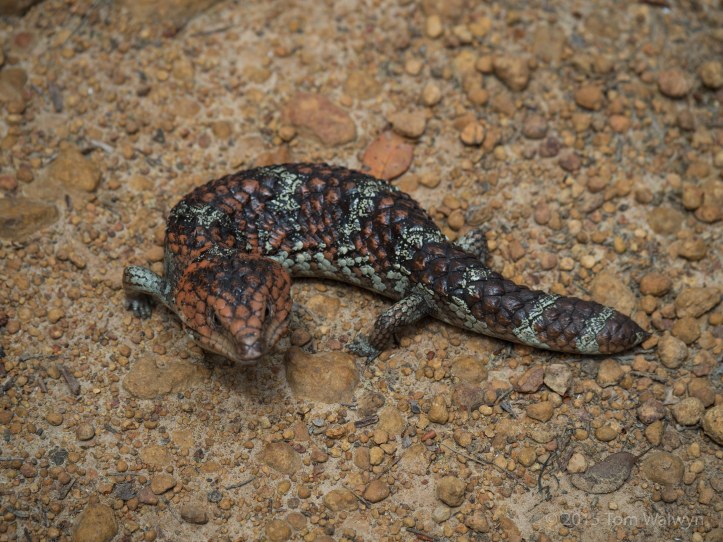 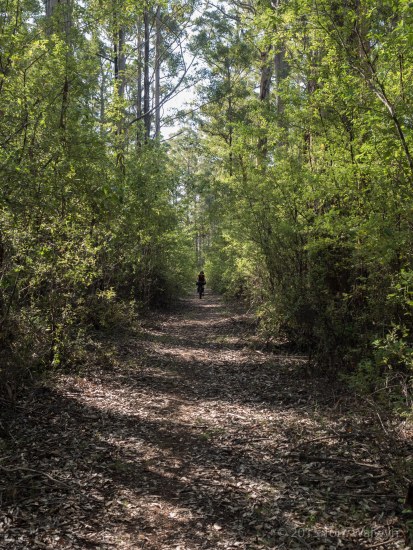 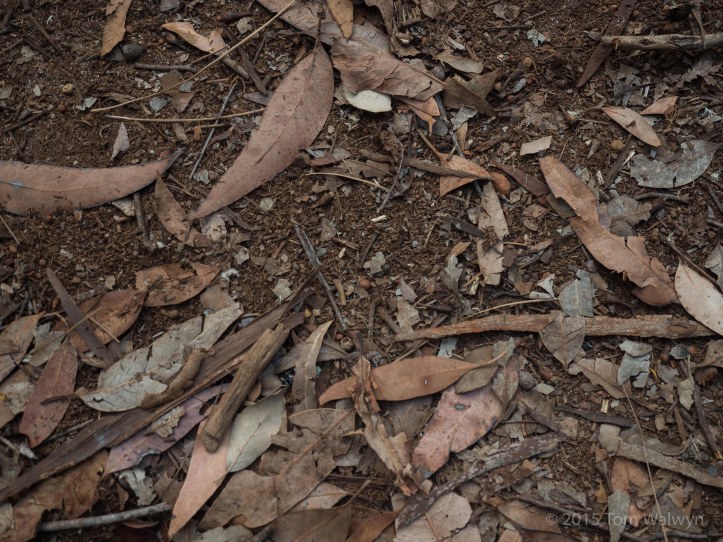 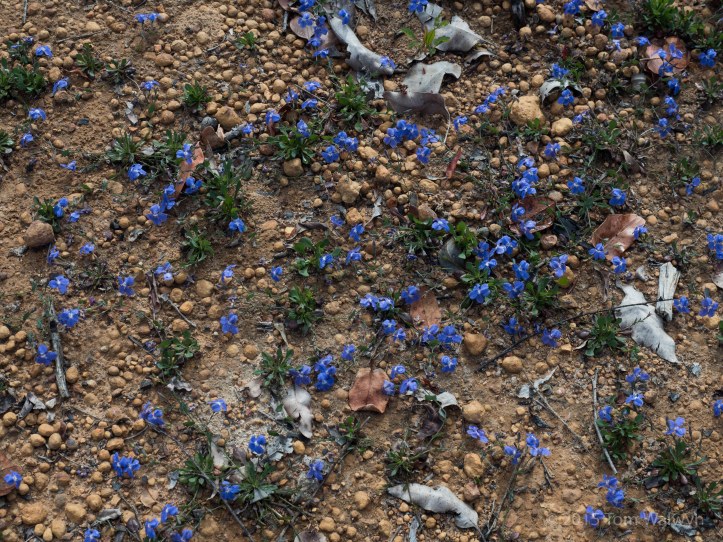 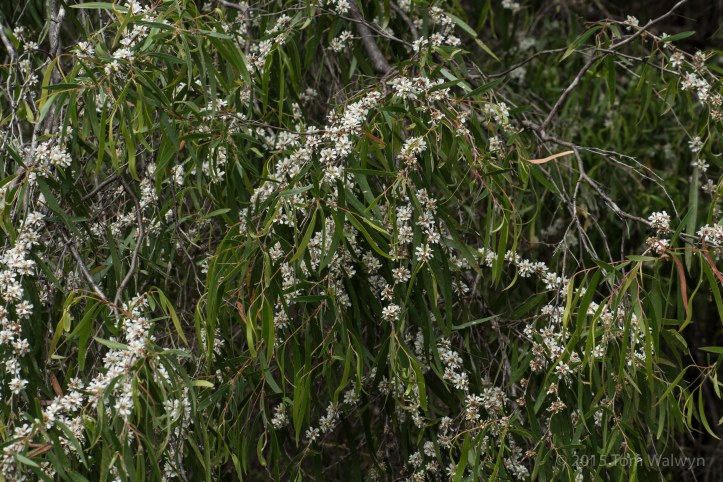 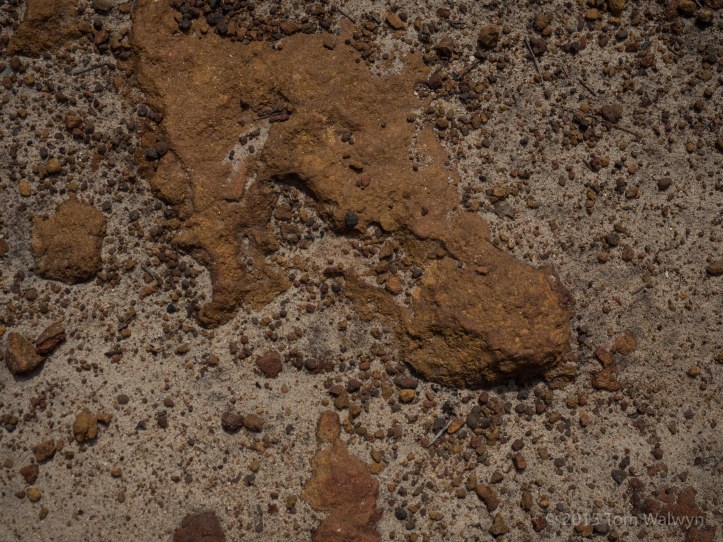 The majority of Australia, and certainly the country through which the Munda Biddi passes, is dry to the point where there is a bush-fire season and the Department of Parks and Wildlife plans controlled burns to reduce the chance of uncontainable blazes.  The latter still happen, and for us the trail passed directly through a large area at once charred and vividly alive (in recovery – as many of the plants require).

The Munda Biddi was well worth doing – to the extent that those who’re yet to experience the Australian Bush should come from other countries to do so.  My only disquiet relates to who the trail is aimed at, and whether that attracts sufficient numbers to justify the (amazing) facilities and upkeep.  The Munda Biddi Foundation describe the trail as a ‘world-class nature based off-road cycling experience’ – and seem to aim it at the middle ground – not hard-core mountain bikers – and not ‘your average touring cyclist’.  I add the final point because the trail definitely does not suit narrower tyres (under 2″) without mandating much pushing (probably accompanied by much cursing – or at least as described in the hut journals by those expecting the trail to be compatible with their 1.5″ road-touring tyres).  My low-grade dissatisfaction is fuelled by the proximity of the Bibbulman Track (the walking equivalent that was developed prior the the Munda Biddi) that often takes thoughtfully routed, interesting ‘singletrack’ when the MB resorts to vehicle-accessible gravel roads.  To say I have never ‘mixed and matched’ would be telling an untruth – no matter how ‘illegal’ or frowned upon that might be.  My assumption is that the MB is expected to develop towards more singletrack and fewer ‘connector’ sections.  I presume that finite finances and the conflict between concern that access might not be possible at all and a need to actually complete the trail (for many years the southern 1/2 to 2/3 were ‘in planning’) necessitated settling for less than might be desired.

While a greater proportion of the Munda Biddi trail is off-road and away from tarmac-sealed ‘car-roads’ (as Bryn calls them) than is true of the Great Divide Mountain Bike Route in Canada/USA, there are still these ‘connector’ sections that don’t feel as in keeping with the bush-immersion of the ‘meat’ of the route. 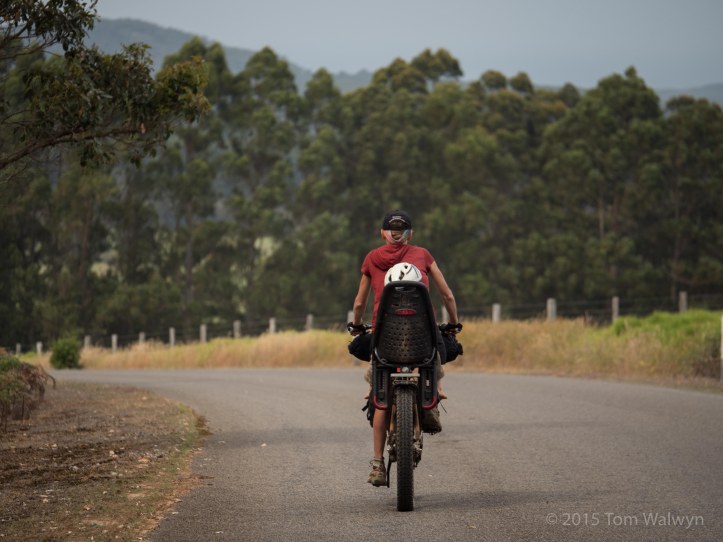 It seems petulant and ungrateful of us, but the rest of the route raises expectations that much!  We admit to bias – we’re best self-defined as an expedition mountain bikers (and serial remote campers).  We’re there for the variation of thought that the riding demands of us – that absorption in twists, turns, rocks, drops and climbs.  We feel our substance and drive/soul sucked out of us at what most others would be thankful for – tarmac climbs and direct wide gravel roads.

If this is you too – it’s still worth coming/riding; but we hope for continued development of the route’s potential over the coming years, so that (without alienating those for whom this isn’t their raison d’etre) the Munda Biddi can truly justify the ‘world class’ descriptor.

The best time to ride the trail is in shoulder season as this avoids the rain and colder conditions of winter and the heat and deep, soft pea gravel of summer.  There are either purpose-built huts or towns every 35-70km, and the MB Foundation website describes expected services.  Based on reading hut journals/log-books, most people travel 50-60km/day on average and complete the route in around 3 weeks.  Some people travel more slowly and there are a hard-core few who go (much, much) faster.  The 12 huts all have rain-water tanks that can be used to stock-up on vital water, with intervening towns filling the gaps in supply.  No surface water sources marked on the maps can be relied upon to have water, and those that do may have quite saline water in the more southern areas.

Some parts of the trail are more difficult than others, and the trail maps give a reasonable indication of what to expect from the view-point of a proficient off-road cyclist.  The route attracts people on a wide variety of bikes from urban hybrids and cyclocross bikes to fat bikes with most people riding a mountain bike with 2-2.4″ wide tyres.  In dryer times the predominant surface (pea gravel) can get quite deep and soft, which together with more southern areas of sand combines to make the fatter tyres a better bet.

It’s possible to ride/train from central Perth to the northern terminus of the route, so for those without local support the logistical issues are mostly around getting to or from Albany (?bus with some notice to carrier).  We did meet one couple who had ridden North-South and were reversing the route to get back to Perth.

With children it requires good planning in order to be able to vary the pace to suit.  As we’ve done before, easier and shorter segments are maybe a better approach if you’re not confident of your skills and experience.